Tech Talent: Map of the UK's digital clusters - How does Oxfordshire hold up?

There are more than 1.5 million "digital tech" jobs in the UK, and the sector is said to be growing faster in terms of turnover and productivity than the wider economy.

Those assertions were outlined in a report from the Tech City UK quango and innovation charity Nesta a little while back, which highlighted how many of the innovation-focused enterprises had benefited from clustering together.

To mark the BBC's Tech Talent week, we've revisited the study and focused on the areas where there are at least 7,000 digital tech jobs. 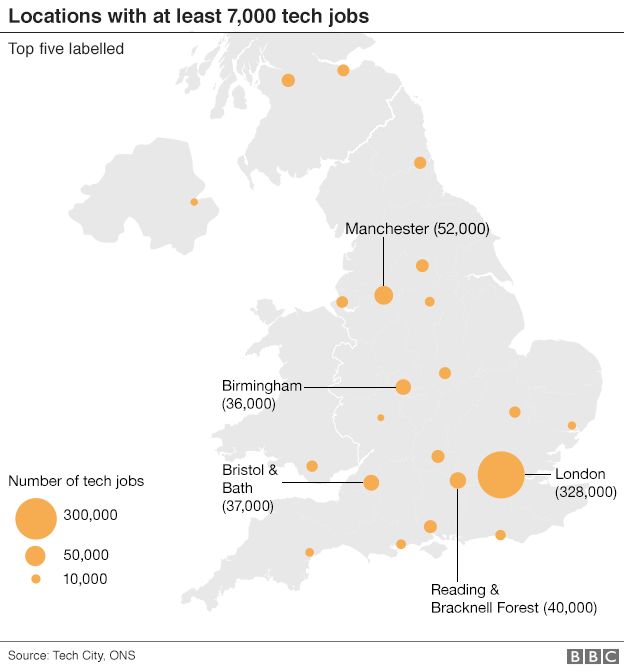 What's striking is that at first glance, the numbers seem to confirm that London's cluster is well ahead of any other - and indeed the capital hosts several of tech's better-known names.

But once you combine the data with official population statistics, another picture emerges. 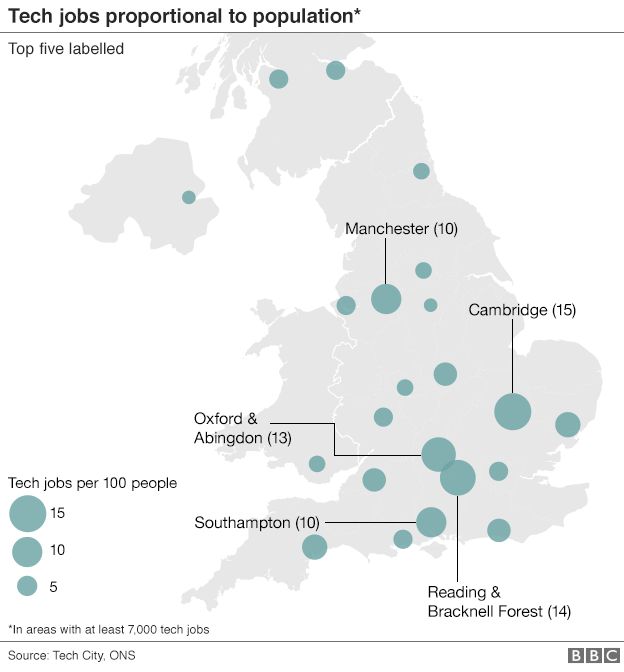 Based on a calculation of how many tech jobs there are per head of the local population, Cambridge, Reading and Bracknell, and Oxford and Abingdon take the lead. It's no coincidence that all three have universities with strong reputations for science, engineering and computing.

Southampton and Manchester also do well. And Ipswich is another standout, thanks to the fact that many firms there have congregated around the headquarters of BT Research - the telecoms firm's R&D division.

The figures should still be treated with caution: Tech City UK may have been generous in the way it defined some of the jobs as being tech-related.

And it's also notable how few of the firms in the list below are the kind of household names you would associate with Silicon Valley.