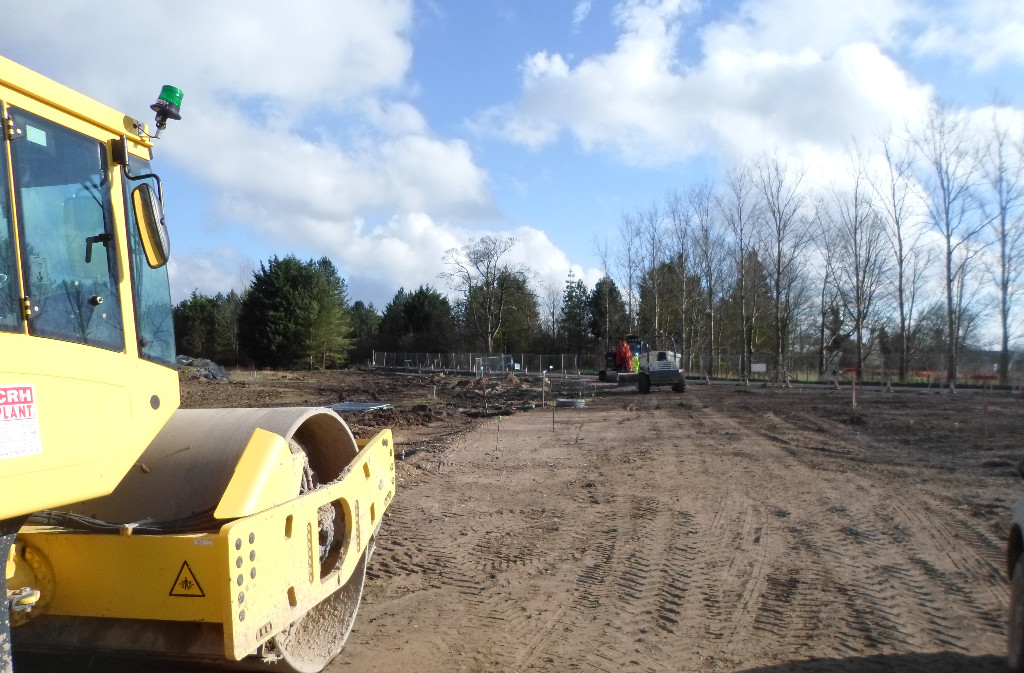 (above) Work gets rolling on building the eastern roundabout road.

A great deal of work has now been done on building the new north facing slip roads at the Chilton Interchange. The northbound on slip earthworks are now around 75% complete and the southbound off slip road is 100% complete excluding the A34 “tie in” which is due to commence Easter time.
The culvert structure under the A34 is 30% complete the base slab has been poured with concrete and the wing walls are being prepared for concrete pouring. The east roundabout (Manor Court) is having kerbs laid, and is being prepared for surfacing.
The drainage works to the roundabout west of A34 on A4185 are nearly complete with sub base being placed prior to commencement installation  of kerbs and preparation for tarmac.
The work on the east roundabout is currently off the road (north of the A4185). Once we have the north side of the roundabout prepared, we will install traffic management to use the north side of the roundabout in the easterly direction and have one lane in operation to the south of the roundabout westbound. 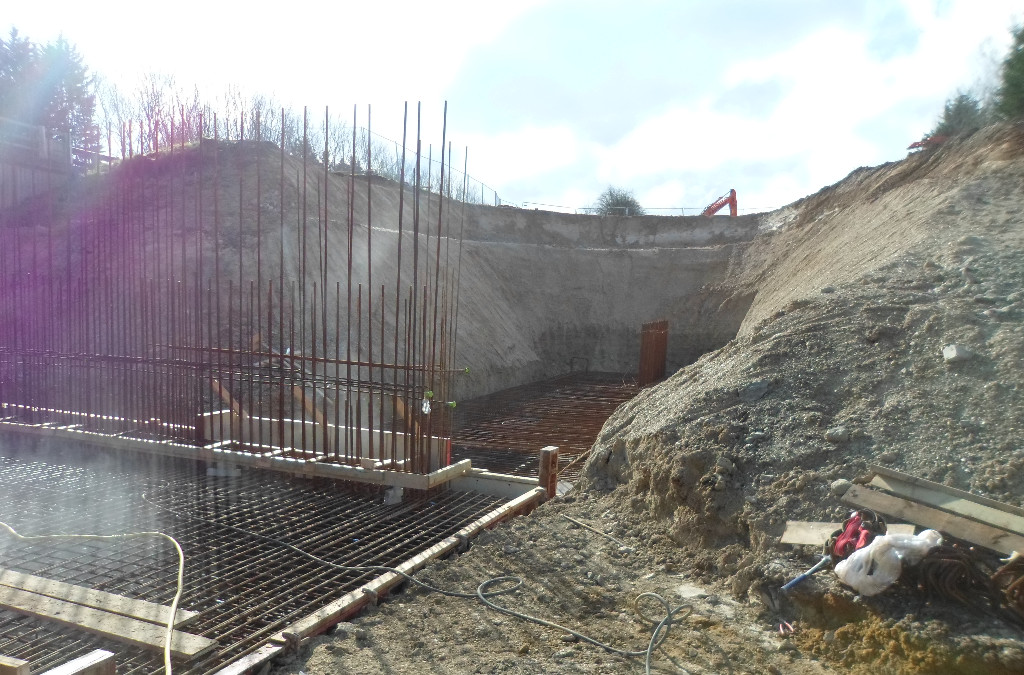 (above) Here's the south wing wall and underpass being built - you can see the base steel that will support the structure.

During mid-March there will be a traffic switch to the north side of the east roundabout.
The south slip road earthworks and drainage are nearing completion and we will shortly install street lighting and road surfacing to the north of the eastern roundabout 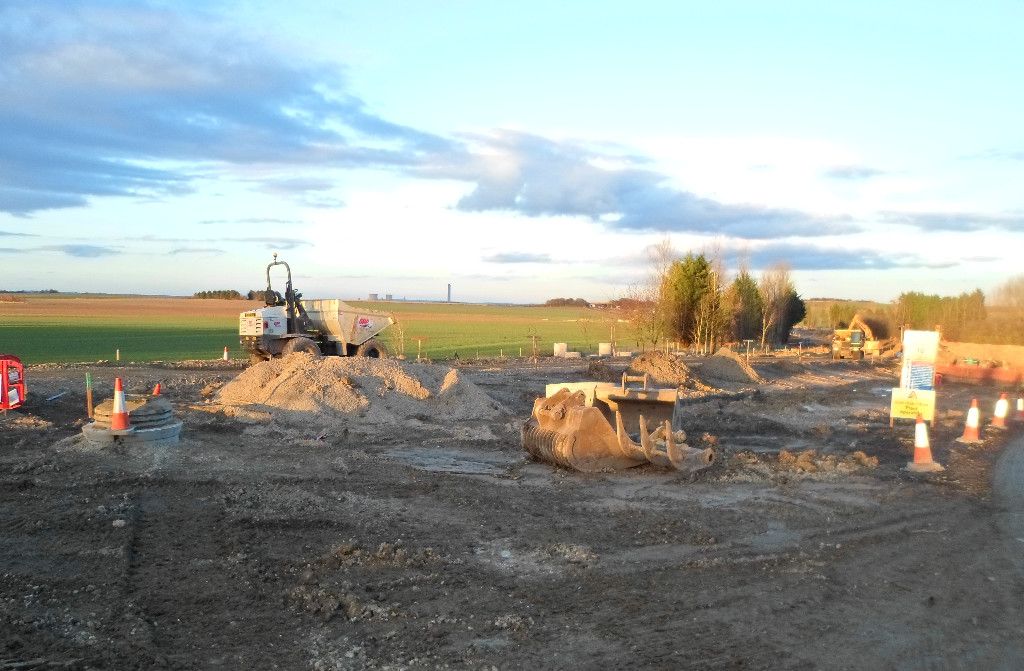 (above) Clearing the way for the A34 Northbound on-slip road construction.