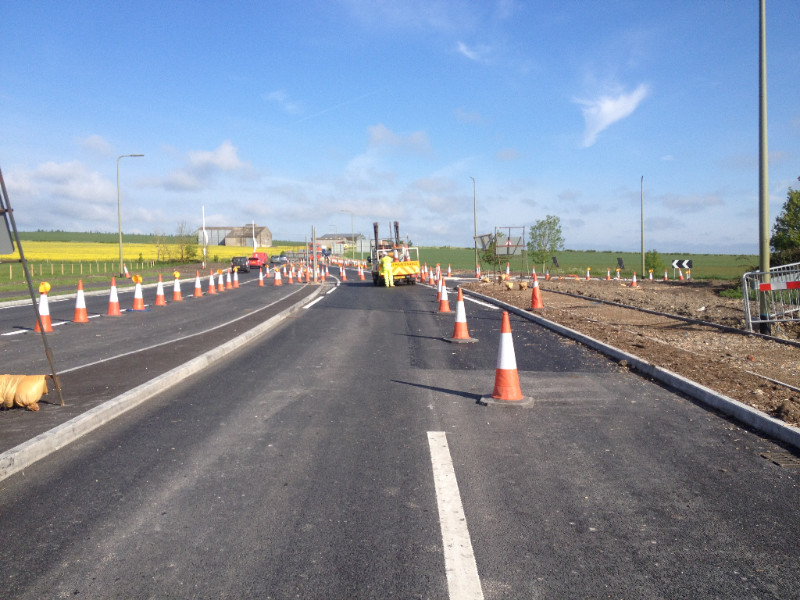 Above: A nice new surface on a nice new stretch of road.

Since our last update, the work on the A417 and Hagbourne Hill has progressed significantly. We have continued with installing the drainage on the A417 and the surfacing on the main carriageway and the footways are also ongoing.

The installation of the kerbs on the east side of the new roundabout is now complete and ready to be resurfaced in the next week. We have also finished installing all of the new lighting columns and will be working on the connections in the coming weeks as well as installing new signage in the area.

We expect the main work on the A417 to be complete by the 10th June. The final phase of works will be on Hagbourne Hill. The whole scheme is expected to be complete and fully open by the end of June 2016.